“Three Rights” – A Key to Our Victory Over Tyranny 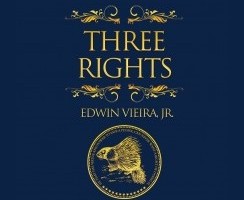 “Three Rights” – A Key to Our Victory Over Tyranny

The system is set up at NetworkAmerica.org. The six minute whiteboard animation video is ready to watch, and theoretically, a million patriots could move into that system in the next few weeks. And the game would be changed.

After people meet online in NetworkAmerica.org/Network, they can then begin meeting physically – in person – in their own counties — as a prelude to making a strategy to take back the government in their own counties, on the way to working with people in other counties to take back their state, and then taking back the government in Washington D.C. And all that COULD be done by 2018 if there was FOCUSED energy towards EXACTLY the right goals.

But there is a mental and spiritual problem running rampant in the minds of those who are for liberty. They are totally free to move around. They put money in their bank accounts. They go out to eat at restaurants. . . . But they mope around complaining that “we can’t do anything” and “all is lost” because “the other side is too strong and too corrupt.”

The real reason for this unholy demoralization is that they do not know what to do, and have followed bad strategies, or incomplete strategies, in the recent past. And now they need a “shot in the arm.”

This article is about a REMEDY for that spiritual and mental malady.

Dr. Edwin Vieira is arguably the foremost Constitutional Attorney in the United States of America. He has argued 3 cases before the US Supreme Court, winning two of them. I’ve heard that he has privately told people he was robbed in the 3rd case, and I believe it.

When Dr. Edwin Vieira finishes speaking on a constitutional-related matter, the proper response is to put a period there, not a question mark.

The following is a review of Dr. Vieira’s book which appears on Amazon.com. The review is written by David Callihan, the intrepid organizer behind the “Revitalize The 2nd Amendment” and “Citizen’s Homeland Security Association” groups, all of which are based on Dr. Edwin Vieira’s books (“The Sword and Sovereignty”, 2300 pages; “Constitutional Homeland Security”, 200 pages; and “Three Rights”, 218 pages).

“THREE RIGHTS” by Dr. Edwin Vieira, Jr. is today what COMMON SENSE by Thomas Paine was in 1776.”

That’s a pretty bold statement to make, but the reasons are pretty compelling.

The scene in early 1776 was one of serious concern–even alarm–at the martial law threat being perpetrated upon the Colonies who, not yet “Free and Independent States,” were under serious threat and imminent danger of attack throughout the colonies, being vigorously invaded by the “Red Coats” of Great Britain.

Parliament’s and King George’s refusal to listen to the humble demands of the American colonies finally compelled a Declaration of Independence in July, 1776. Even the people of Great Britain had been appealed to in the Declaration by the colonists, being described as “Enemies in War, in Peace Friends.”

It was the attitudes and incidents leading up to that Declaration that parallel our own situation today.

People were certainly concerned, dismayed, disillusioned, disenchanted, or a host of other descriptions of mental anguish with what the mother country was doing to undermine the colonists’ loyal submission to the British Crown.

Thomas Paine followed-up upon the deep perplexity reverberating throughout the 13 colonies with his 48-page pamphlet designed to stir up the minds of the People to action. It certainly has been proven to have achieved that proper, and thorough, effect.

Just five months after its publication the Declaration was signed and pronounced throughout the newly independent nation.

So too, today, Americans have already experienced several questionable events which make us wonder how safe and secure our “land of the free” really is in light of what appears to be an increasingly hostile para-military police state threat being imposed incrementally “from sea to shining sea.”

1) the “lockdown” in Watertown, Massachusetts in April, 2013,
2) the volatile armed confrontation between federal BLM agents and citizens at the Bundy Ranch in Bunkerville, Nevada in April, 2014, . . .

These are … clear examples of the increasingly confrontational nature between our general government’s DHS in “fusion” (Bain & Kahn, 2014) with local and State “law enforcement,” including federal agents, local sheriffs, and police departments, and the common citizens of several States. These events are adequate to demonstrate the pattern that is unfolding across and before our nation.

Many citizens are becoming increasingly aware and dismayed by these repeating sorts of situations. Again, folks now realize that these situations are not simply isolated incidents, but rather represent an on-going pattern.

It’s not a question of “if” such circumstances will occur again, but rather “where” and “when” the next “false flag operation” will occur somewhere to demonstrate the civil government’s strong-arm tactics against regular, normal people somewhere in these United States.

The strategy being imposed seems to be in at least part, an effort to wear down the People’s senses of concern and defense against these types of situations, while increasing the ability of the general government to justify itself in order to “maintain order” and prevent civil unrest among the masses.

Just as Paine rose up and presented an analysis of the political situation in America in his day, Dr. Vieira’s THREE RIGHTS points out the nature of people’s paranoia in early 2015, starting on page 1 of this book. However, the tone is immediately set to dispel any illusions that all is hopeless. Solutions are at-hand!

By page 26, a clear analysis of the threats to Liberty has been presented. Clearly, the stage is set up in THREE RIGHTS to properly analyze and provide positive solutions for “the good people of the United” States, to take action to achieve remedy by their own recognizance, beginning with the following statement:

“There must also be a workable plan already devised–a plan that should be eminently and unquestionably legal, if at all possible.”

The remainder of the book points to several legally clear parts of the explanation of this “plan” with respect to these “Three Rights” as being valid justifications for action in providing proper remedy to the problems before us in our country, including:

By the end of the reading, several epiphanies and “ahah-moments” will be glaringly impressed on the reader’s mind to stir up hope and excitement that “we can fix this thing ourselves, Americans!”

If we would embrace this 218-page, 6.5″ by 4.5″ booklet with the same level of interest as our founding generation did with their available pamphlet of “common sense” hope, there is no doubt that it would have a coagulating effect upon the minds and hearts of those Americans who still believe we are “the land of the free and the home of the brave.”

The message Vieira shares is pungent. THREE RIGHTS, therefore, as has been asserted, has the same potential to be as historian Gordon Wood (2002) described Paine’s work of 239 years ago when he called Common Sense:

“the most incendiary and popular pamphlet of the entire revolutionary era.”

There is little doubt to anyone who takes the time to thoroughly ingest THREE RIGHTS that Vieira’s booklet has the potential, even arguably is, both incendiary–that is, inflammatory against the current civil government’s rogue, unconstitutional, irresponsible, unconscionable–even treasonous–actions today.

And by such clear and unquestionable exposure of the same rogue officials, charged with their misfeasance, malfeasance, and non-feasance at all levels of the federal system, from bottom-to-top, certainly THREE RIGHTS has the potential to be just as popular as Paine’s work, which was proportionately the most ubiquitous reading of that day.

So, as we say, and exhort everyone, everywhere:

The rest will take care of itself.

So what are these “Three Rights?” You will have to just get a copy of the book and read it yourself to find out.

Order your copy right away.

I’m on my third reading of the book and concepts still keep jumping off the page of our ability to achieve remedy with respect to our THREE RIGHTS!

This book should be  “must reading” for everyone in the NetworkAmerica.org system.

You can order “Three Rights” here:

Your influence counts. Don’t let anyone tell you different.