How Do We Restore Our Republic?? 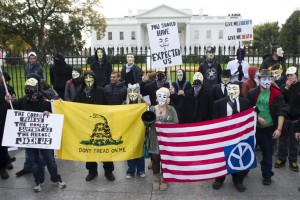 What happened to America and How Do We Restore the Republic?

We all know that something is, radically wrong with our world. We all question what we hear in the mainstream media and know how we are being lied to. We all want our nation back! But…what do we do? How do we save her? The tea party/freedomfighter/912 groups have great people involved but, at the top levels, these groups have been infiltrated by the politicians and attorneys and even though they appear to be grassroots organizations, they are not. We MUST return control to “We the People”, county by county and state by state.

There is a minority of powerful people in the world, amassing immense wealth and power through lies, fear, war, suffering and constant chaos. These elite are striving to strip all of us of our sovereignty and our rights. This is not a joke and is not to be taken lightly! It is critical that everyone get into the battle and start taking action!

Judge Andrew Napolitano talks about our freedom and how a minority of courageous freedom fighters fought and won the American Revolution. He states we must challenge authority and stand up to the tyrannical majority whenever it curtails our freedoms.

It’s up to us. The Republic has, slowly, dwindled because “We the People” haven’t done our part. The Constitution has been shredded by the politicians but it’s because, we, have allowed it to happen.

Most of us know that our rights are natural/God-given rights but if we don’t understand our rights, they can be lost. When we are fighting the WRONG battles, we are wasting time by not defending our rights. The tea party conferences and rallies to try and stop Obamacare have done nothing. The organizers of these groups are puppets on a string to the establishment in our corrupt government and they are paid for what they do. Dick Armey (who started Freedomworks) was paid $8 million dollars to leave after he called out Glen Beck for being paid $1 million to support the tea party efforts. Jenny Beth Martin and Mark Meckler (of Tea Party Patriots) used to jet-set across the nation in a private jet and Martin made over $450,000 in 2014. Americans for Prosperity’s Founder, Tim Phillips made an annual compensation of $252,918 and that was in 2009!. Does this sound like grassroots to you? All of them have been infiltrated. Fighting within these means does nothing because the efforts are being coordinated by the very people we should be fighting against!

It’s time that we pull together under Principles of Liberty and stick to the Constitution! It’s time that we organize, at the county level and we start standing up for the Principles our forefathers fought for! It’s time that we tell the tea party groupies and Faux News watchers that we are tired of their distractions! We are surrounded by lies and the truth is not popular. Congressman Ron Paul was right when he said, “Truth is treason in the empire of lies.”

So, let’s start taking action by organizing like-minded people at the county level to do something. We either have to persuade those in public office to do the right thing — or — replace them! Study the various plans, watch the new video “There is a Plan – Part I”, and use this GREAT NEW system  – just launched! You can also create groups around an issue, organize to take over your State GOP as was done in Warren County, Ohio (see new video), demand transparent vote counts, work to get a 3rd party candidate elected, become a “Neighborhood Lighthouse”, or organize people in your local area to stop the destructive push to amend (i.e., destroy) our Constitution. Do something!

Everyone into the BATTLE!!

There is a Plan to Take Back the Republic!

Our Precinct Takeover Social Network is organized with over 20,000 groups from the National, State, and County levels. We are in a National and Constitutional Crisis and everyone is being called to action. We are all in this together and that is the only way we can get organized enough to combat the criminal acts of this government body, Together.

Join our Conference Calls. Everyone into the battle!

Network America is the result of a three year project that is, finally, being launched. We have worked very hard to add extra security and protections and to create the groups in all counties across the nation. Go to: http//:networkamerica.org 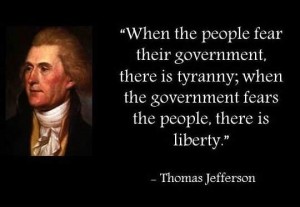 Thomas Jefferson said: “When governments fear the people, there is liberty. When the people fear the government, there is tyranny. The strongest reason for the people to retain the right to keep and bear arms is, as a last resort, to protect themselves against tyranny in government.”